The Korea Fashion Model Arts Association (Kofmaa) was officially launched Tuesday at a ceremony at the Gangnam District Textile Center in southern Seoul.

Kofmaa was established with the vision of promoting and supporting Korean cultural figures, especially models, dancers and musicians, in their overseas activities. The association was created after obtaining the approval of establishment from the Ministry of Culture, Sports and Tourism. 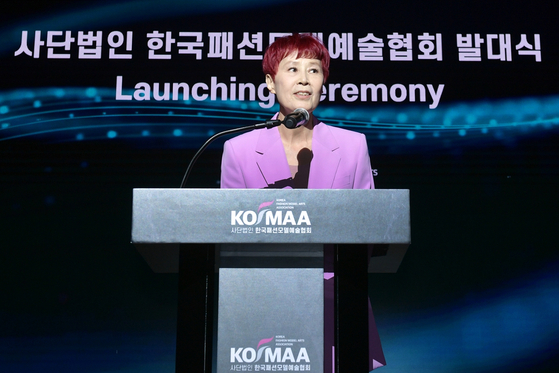 The launch ceremony brought together some 150 people including fashion teachers, officials from the Ministry of Culture, designers, models and actors. Actor Kim Mi-sook was among many personalities who gave a congratulatory speech at the launch of the association.

Kofmaa said that although it has about 150 members, its goal is to increase the number to 300 by next year.

5 essential tips that will make you an excellent model

Many people tend to view modeling as a career and as a passion. For many ignorant people, models are just skinny tall dolls walking on the ramp of fashion designers. This understanding minimizes so many things models have to do and sacrifice to be where they are. Becoming a model is not easy, given that […]

Lee Miller, Egypt 1939 by Roland Penrose (Photo: Roland Penrose © Lee Miller Archive, England 2020. All rights reserved. leemiller.co.uk) In the 1920s, modernism met its equal when surrealism entered the scene. Favoring experimentation, surrealism seduced the most avant-garde artists of modern art, Salvador Dalí and André Breton in the lead. While most of these […]

Her creative instincts led Aarya to break down all barriers and head off on a journey she’s always wanted. The glamor and entertainment industry has seen many talents in the past that set a precedent for future entrants. Times have moved on, and the new breed of models and actors today are multi-talented, they can […]